Most of the animals that live in tropical rain forests are threatened or endangered. Some of the animals in the tropical rain forest are only found in one or two places. Fossas, for example, are only found in Madagascar. We, humans, are responsible for this. We destroy their habitat, leaving them to die. We also capture tropical animals to sell them as pets or for our own needs. An example is that a Komodo dragon is killed for their skin. Some of these animals are very close to extinction. 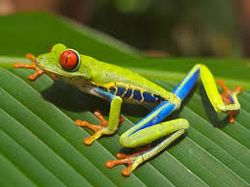 The Red Eyed Tree Frog has bright colored skin to scare and confuse its predators. The frog's main food source is insects. Its predators are alligators, bats, snakes, owls, but mostly humans because we are destroying their habitats. This animal lives in the lowland rain forest areas near rivers, streams, and lakes. 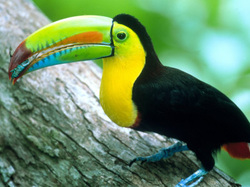 The Keel Billed Toucan has an enormous beak to catch their prey. The keel billed toucan eats fruit, berries, bird eggs, insects, lizards, and tree frogs. Its predators are large birds, weasels, snakes, monkeys, and humans. This animal lives in the lowland rain forest and the tropical rain forest border. 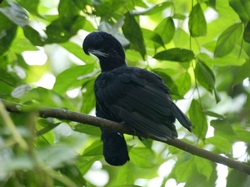 The Umbrella bird has clawed toes to fly from branch to branch and pick up its prey. It eats fruits, frogs, and insects. The Umbrella bird's predators are monkeys, snakes, and hawks because they're fast and have sharp eyesight. This animal lives in the low and high altitude rain forest.

The Fossa has retractable claws that help them move on branches. It eats lemurs, frogs, and lizards. Its main predator is the crocodile and it is sheltered in the dense tropical forest. This animal is also endangered, there are only about 2,500 Fossa individuals left in the wild of Madagascar. 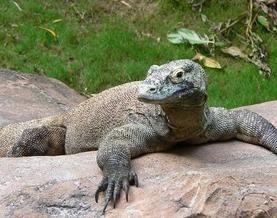 The Komodo Dragon have sharp saw-like teeth for chewing on meat. It is a carnivore and a scavenger. Its main predator are humans because they are killed for their skin. Their habitat is mostly in the open woodlands. The Komodo Dragons have only been found on 5 Indonesian islands! 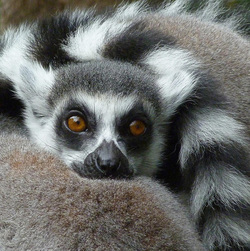 The Lemur has long, powerful hind legs to bounce from tree to tree. It eats fruits, leaves, birds, eggs, insects, and small animals. Its predators are the Fossa, Boas, Eagles, and humans. Its habitat is mostly dry forest and tropical forest. Lemurs are nocturnal, so they usually get their food at night to be clear of predators. 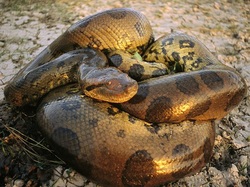 The Anaconda has a long, slithery body used to suffocate its prey. It eats fish, small mammals, birds, reptiles, and large rodents. The Anaconda has no predators. This snake is one of the largest snakes in the world. Their habitat is in the  wetland and rain forest.

The Frilled Lizard has a flap of skin on its neck that flares up to scare away its predators. It feeds on ants, spiders, termites. Its predators are snakes, dingoes, and cats. The habitat for this animal is in tropical rain forest and the woodlands. 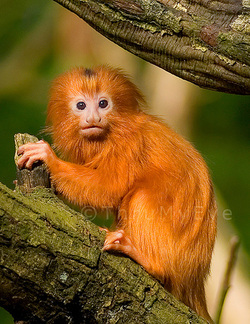 The Golden Lion Tamarin has sharp nails that help them climb trees. It eats fruits, insects, small mammals and reptiles. Its predators are the hawks, wild cats, snakes, and rats. Their habitat is in the lowland tropical rain forest. The golden lion Tamarin is also an endangered species. 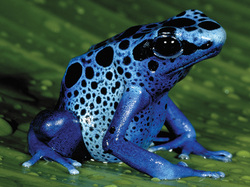 The Poison Arrow Frogs has bright color skin to scare its predators. It eats insects [ants and spiders], crustaceans, and tiny water animals. It has no predators. This animal's habitat is the tropical jungle and the wet forest. Poison arrow frogs are endangered due to air pollution and habitat loss.
Powered by